- Gods Among Us Year Five- The Complete Collection 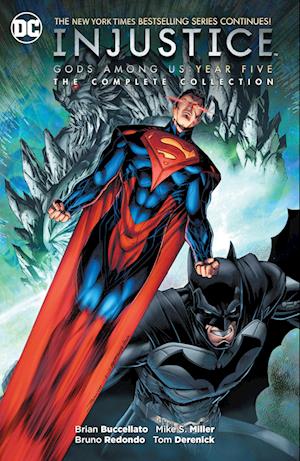 The endlessly epic saga of superhero dystopia inspired by the hit video game continues This action-packed graphic novel collects the entirety of the fifth year of the now-legendary Injustice: Gods Among Us saga In the war between Superman and Batman, all the heroes have chosen sides. For five years, former friends and allies have fought bitterly, with casualties on both sides. Now, at an impasse, both Batman and Superman realize that to gain ground in their battle, they'll have to do the unthinkable-recruit their former enemies to attack their former friends.