- Memoir of a Witch 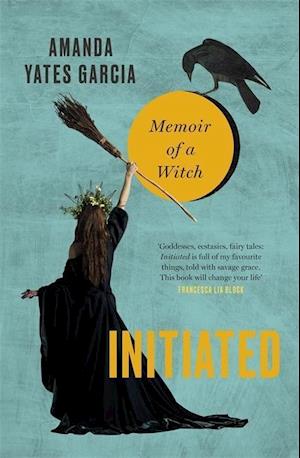 'Witchcraft is actually the ancient feminism we need to escape our capitalist, misogynistic world... surprisingly relatable and very much up [our] street' STYLISTAn initiation signals a beginning: a door opens and you step through Amanda Yates Garcia's mother initiated her into the goddess-worshipping practice of witchcraft when she was thirteen years old, but Amanda's true life as a witch only began when she underwent a series of spontaneous initiations of her own. Descending into the underworlds of poverty, sex work and misogyny, Initiated describes Amanda's journey to return to her body, harness her natural power, and finally reclaim her witchcraft to create the magical world she envisioned. Peppered with mythology, tales of the goddesses and magical women throughout history, Initiated stands squarely at the intersection of witchcraft and feminism. Amanda shows that practising magic is about more than spells and potions; magic is nothing less than claiming power for oneself and taking back our planet in the name of Love. Initiated is both memoir and manifesto, calling the magical people of the world to take up their wands, be brave, and create the enchanted world they long to live in. 'Godesses, ecstasies, fairy tales: Initiated is full of my favourite things, told with savage grace. This book will change your life.' FRANCESCA LIA BLOCK

Forfattere
Bibliotekernes beskrivelse The Craft meets Smoke Gets in Your Eyes in this haunting mystical memoir of how Amanda Yates-Garcia found beauty, independence and power through her life and work as a witch and how other women can harness this power as well.