- China, Japan, and the Political Economy of Redemption After Empire 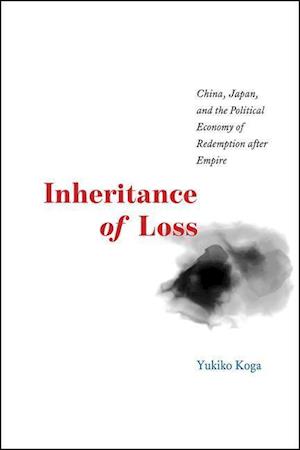 How do contemporary generations come to terms with losses inflicted by imperialism, colonialism, and war that took place decades ago? How do descendants of perpetrators and victims establish new relations in today's globalized economy? With Inheritance of Loss, Yukiko Koga approaches these questions through the unique lens of inheritance, focusing on Northeast China, the former site of the Japanese Puppet State Manchukuo, where municipal governments now court Japanese as investors and tourists. As China transitions to a market-oriented society, this region is restoring long-neglected colonial-era structures to boost tourism and inviting former colonial industries to create special economic zones, while unexpectedly unearthing chemical weapons abandoned by the Japanese Imperial Army at the end of World War II. Inheritance of Loss ethnographically chronicles these sites of colonial inheritance tourist destinations, corporate zones, and mustard gas exposure sites to illustrate deeply entangled attempts by ordinary Chinese and Japanese to reckon with their shared yet contested pasts.In her explorations of everyday life and economy, Koga directs us to see how structures of violence and injustice that occurred after the demise of the Japanese Empire compound the losses that later generations must account for, and inevitably inherit.