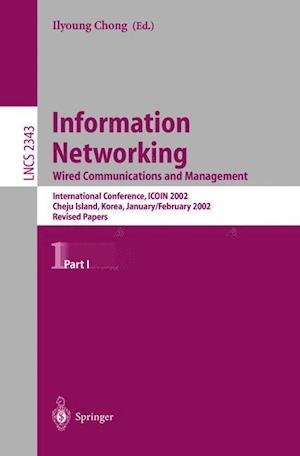 The papers comprising Vol. I and Vol. II were prepared for and presented at the International Conference on Information Networking 2002 (ICOIN 2002), which was held from January 30 to February 1, 2002 at Cheju Island, Korea. It was organized by the KISS (Korean Information Science Society) SIGIN in Korea, IPSJ SIG DPE (Distributed Processing Systems) in Japan, the ITRI (Industrial Technology Research Institute), and National Taiwan University in Taiwan. The papers were selected through two steps, refereeing and presentation review. We selected for the theme of the conference the motto "One World of Information Networking". We did this because we believe that networking will transform the world into one zone, in spite of different ages, countries and societies. Networking is in the main stream of everyday life and affects directly millions of people around the world. We are in an era of tremendous excitement for professionals working in many aspects of the converging networking, information retailing, entertainment, and publishing companies. Ubiquitous communication and computing technologies are changing the world. Online communities, e commerce, e service, and distance learning are a few of the consequences of these technologies, and advanced networking will develop new applications and technologies with global impact. The goal is the creation of a world wide distributed computing system that connects people and appliances through wireless and high bandwidth wired channels with a backbone of computers that serve as databases and object servers. Thus, Vol.