Inflation in a Monetary Union 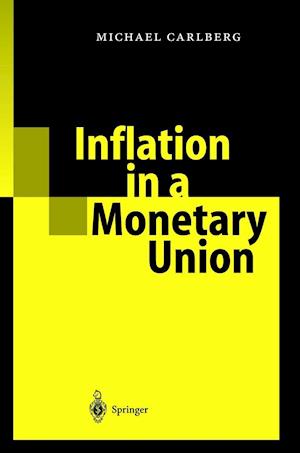 This book studies the causes and cures of inflation in a monetary union. It carefully discusses the effects of money growth and output growth on inflation. The focus is on producer inflation, currency depreciation and consumer inflation. For instance, what determines the rate of consumer inflation in Europe, and what in America? Moreover, what determines the rate of consumer inflation in Germany, and what in France? Further topics are real depreciation, nominal and real interest rates, the growth of nominal wages, the growth of producer real wages, and the growth of consumer real wages. Here productivity growth and labour growth play significant roles. Another important issue is target inflation and required money growth. A special feature of this book is the numerical estimation of shock and policy multipliers. The present book is part of a larger research project on monetary union, see Carlberg (1999, 2000, 2001). Over the years, in working on this project, I have benefited from comments by lain Begg, Christopher Bliss, Volker Clausen, Peter Flaschel, Wilfried Fuhrmann, Michael Funke, Franz X. Hof, Jay H. Levin, Alfred MauBner, Hans G. Monissen, Manfred J. M.Neumann, Klaus Neusser, Franco Reither, Michael Schmid, Jiirgen von Hagen, and Helmut Wagner. In addition, Michael Brauninger and Alkis Otto carefully discussed with me all parts of the manuscript. Last but not least, Doris Ehrich did the secretarial work as excellently as ever. I would like to thank all of them.