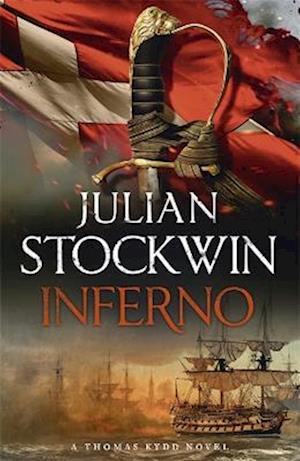 'In Stockwin's hands the sea story will continue to entrance readers across the world' - Guardian1807. Captain Sir Thomas Kydd's famous sea action aboard Tyger has snatched his reputation from ignominy. He is the hero of the hour. But though Britain's Navy remains imperious, a succession of battles has seen Napoleon victorious on mainland Europe. In an attempt to prevent the French from taking control of Denmark's navy, Kydd's great friend Nicholas Renzi - now Lord Farndon - is sent on a desperate diplomatic mission to persuade the Danes to give up their fleet to Britain. But the Danes are caught between two implacable forces and will not yield, opting instead for the inferno of battle . . .********************What readers are saying about INFERNO'An absolute must' - 5 stars'His books are always awesome, and Inferno is no exception' - 5 stars'As always, a great book' - 5 stars'Another great read in the series' - 5 stars'Another cracking read from an authoritative historical novelist' - 5 stars