- The Muted Worlds of Bali 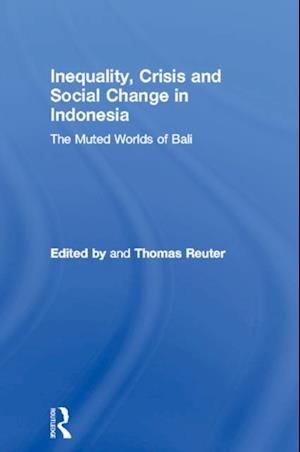 Indonesia has experienced a quick succession of new governments and fundamental reforms since the collapse of Suharto's dictatorial regime in 1998. Established patterns in the distribution of wealth, power and knowledge have been disrupted, altered and re-asserted. The contributors to this volume have taken the unique opportunity this upheaval presents to uncover social tensions and fault lines in this society. Focusing in particular on disadvantaged sectors of Balinese society, the contributors describe how the effects of a national economic and political crisis combined with a variety of social aspirations at a grass roots level to elicit shifts in local and regional configurations of power and knowledge. This is the first time that many of them have been able to disseminate their controversial research findings without endangering their informants since the demise of the New Order regime.