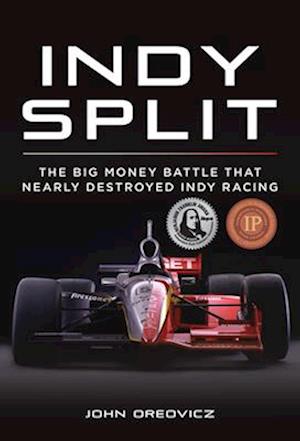 Tradition, technology, and personal bravery combined to make the Indianapolis 500 one of the world's most famous sporting events. However, political infighting within the industry--which climaxed with a 12-year "Split" from 1996 to 2007 between competing forms of Indy car racing--prevented the sport from achieving its potential. The Split seriously tarnished the reputation of the Indianapolis 500 and allowed NASCAR to become America's most popular form of motorsport.

But Indy car racing's dysfunction didn't originate in 1996. The story begins in 1945, when a businessman from Terre Haute, Indiana named Tony Hulman rescued the Indianapolis Motor Speedway from potential redevelopment. Over the next 75 years, the Hulman-George family used the stature of the Speedway to carve out a powerful position in American auto racing. Stewardship of the IMS often brought the family into conflict with Indy car competitors. A volatile period in the late 1970s resulted in the formation of Championship Auto Racing Teams (CART), and tensions ramped up even more when Hulman's grandson, Tony George, assumed power in 1990.

The Split forced Indy car fans, sponsors, broadcasters and participants to choose sides. It created confusion and animosity and caused tremendous damage to the sport. With negotiations driven by legendary racer Mario Andretti and actor/racer Paul Newman, The Split was finally resolved in 2008, only for George to walk away less than three years later from the role he so desperately coveted. The long struggle for stability and leadership was finally resolved in 2020 when Roger Penske acquired IMS and the IndyCar Series.