- Trans and Supranational Developments and Prospects 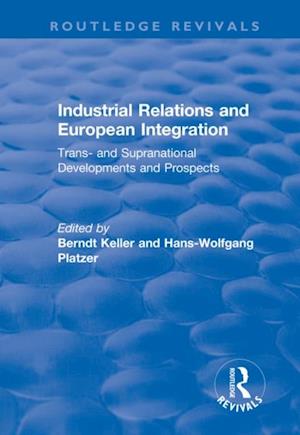 This title was first published in 2003.The completion of the Single Market and the launching of the European Monetary Union during the 1990s have been accompanied by processes of socio-economic restructuring and major changes in the structure and forms of governance within the dynamic multi-level EU system. The patterns of reaction and adaptation of national industrial relations systems to these EU - developments are discussed under the heading of 'Europeanisation' of national IR-systems. The Maastricht and Amsterdam Treaties have extended - to a certain degree - the scope for legislative and coordinated activities by the EU in the fields of social, labour - market and employment policies. These basic legal and political decisions have created new avenues for the development of transnational industrial relations and the establishment of new arenas for EU - level interaction, including social dialogues between the social partners. .