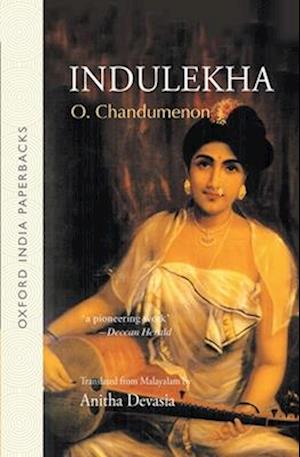 'Anitha Devasia's translation is alive to the nuances...without eroding the narrative smoothness. [There is] helpful additional material in the form of appendices...Susie Tharu, in the succinct foreword put[s] the reader "on the scent of the momentous issues that are at stake". - The Hindu'The most charming part of the novel is the encounter between Indulekha and Surinamboothiri. Anitha Devasia has ...succeeded in keeping the spirit of the original intact.' - Deccan Herald'The novel is a blend of West and East...The heroine is reminiscent of Austen's heroines...' - The TelegraphIndulekha (1889) is widely held to be the first Malayalam novel. Often called an 'accidental' and 'flawed' work, as its core lies a love story. Written by a Nair, Indulekha achieves certain social goals: firstly, it creates a novel much like those of English authors read by Chandumenon, and secondly, it illustrates Nair society at that time.This novel will appeal to ge neral readers interested in Indian writings in translation. Students of literature, history and culture, political and legal theory, and gender studies, will also find it useful.

Forfattere
Bibliotekernes beskrivelse Indulekha is widely held to be the first Malaysian novel. It is the depiction of Nair society around the late nineteenth century. At its core lies a love story. Indulekha loves her cousin Madhavan who returns her devotion and holds revolutionary views.