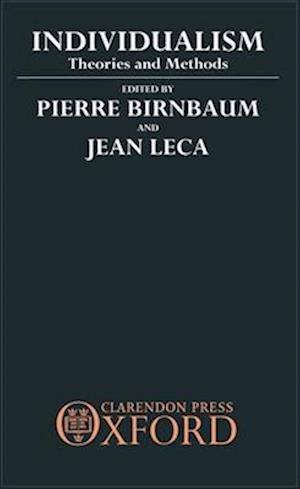 In recent years the ability of holistic social theories to account for the rights, duties, even the reality, of the individual have been called into question more and more. At the same time, interest in individualism in a whole variety of forms has been gaining ground, both as an object of study and as a methodology in itself.Individualism brings together essays by eminent social scientists from many countries. They discuss the question of individualism from a historical, methodological, hermeneutical, political, and sociological point of view and try to reconcile methodological individualism with the classical approach of sociological theory, based on collective identity.The contributors are: Bertrand Badie, Pierre Birnbaum, Raymond Boudon, Francois Chazel, Jon Elster, Ernest Gellner, Guy Hermet, Georges Lavau, Jean Leca, Alessandro Pizzorno, Adam Przeworski, and Charles Tilly.