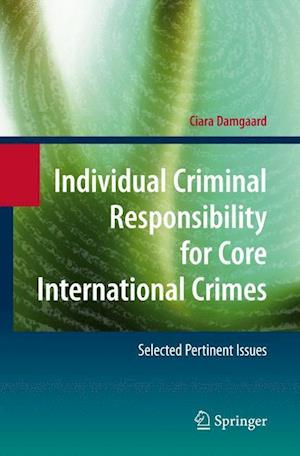 1.1 Opening Remarks and Objectives Crimes against international law are committed by men, not by abstract entities, and only by punishing individuals who commit such crimes can the provisions of international law 2 be enforced. This is, perhaps, the most renowned citation from the judgment of the Int- national Military Tribunal at Nuremberg ("IMT"). In the six decades which have passed since the IMT judgment was handed down, the recognition of the c- cept of individual criminal responsibility for core international crimes has been significantly reinforced and developed, particularly since the establishment of the International Criminal Tribunal for the Former Yugoslavia ("ICTY") and the International Criminal Tribunal for Rwanda ("ICTR") in the 1990's and most recently the International Criminal Court ("ICC"). The media has, of course, played a crucial role in increasing awareness of this concept, especially amongst the general populace. Indeed, the concept has, arguably, a much higher profile today, than ever before in its history. However, the concept of individual criminal responsibility for core inter- tional crimes is neither as straightforward nor as single-facetted, as might appear on first glance. While the general principle behind the concept does not generate too many difficulties, it is in its practical application that the more challenging aspects of the concept are brought to the fore. Each of these 'challenging - pects' can also be described as a 'pertinent issue' of the concept of individual criminal responsibility for core international crimes.