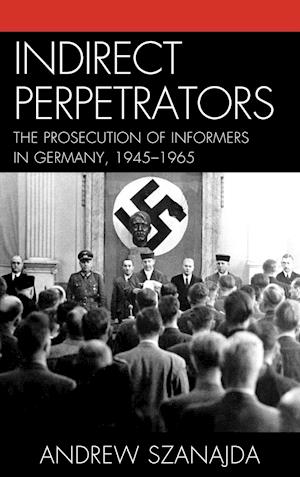 In Indirect Perpetrators Andrew Szanajda examines the administration of correctional and transitional justice in postwar Germany from 1945 to 1955. He is specifically concerned with the prosecution of those who had denounced others to the authorities during the National Socialist era. The first part of this work looks at the reasons behind the decision to prosecute informers with perpetrating a crime against humanity and the philosophical, legal, and practical problems associated with the administration of justice retroactively in the German courts through legislation specifically enacted for this purpose under the auspices of the Allied occupation powers and subsequent legislation enacted by the German authorities. The second part of the book examines the implementation of this law and the prosecution of informers in the American, French, and British occupation zones and then later in the Federal Republic of Germany, drawing on court proceedings and the judgments that were handed down in these cases. Szanajda discusses the problems associated with the implementation of this law in the respective zones and in the Federal Republic of Germany and the lessons to be drawn from this historically significant attempt to call individuals to account for their crimes against humanity after they had occurred through the use of retroactive legislation.