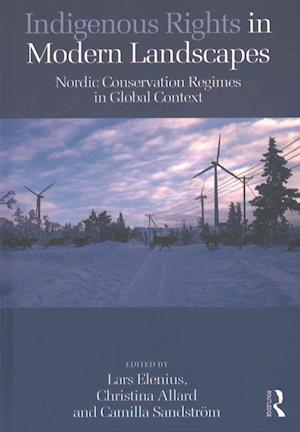 This book examines the diverse use of Indigenous customary rights in modern landscapes from a multidisciplinary perspective. Divided into two parts, the first deals explicitly with S mi customary rights in relation to nature conservation in the Nordic countries and Russia from a legal and historical perspective. The authors investigate how longstanding S mi customary territorial rights have been reassessed in the context of new kinds of legislation regarding Indigenous people. They also look at the ideas behind the historical models of nature conservation. The second part deals with the ideas and implementation of new kinds of postcolonial models of nature conservation. The case of the S mi is compared with other Indigenous people internationally with cases from Australia, New Zealand, Canada and India. The work investigates how the governance of protected areas has been influenced by the principles of equality and positive discrimination, and how it has affected the possibilities of establishing adaptive co-management arrangements for specific areas. How the legal situation of Indigenous peoples has been recognised in an international context is also investigated. The volume provides a multidisciplinary analysis of how the customary livelihood of Indigenous people has adapted to modern industrialised landscapes and also how postcolonial approaches have contributed to global changes of Indigenous rights and nature conservation models.