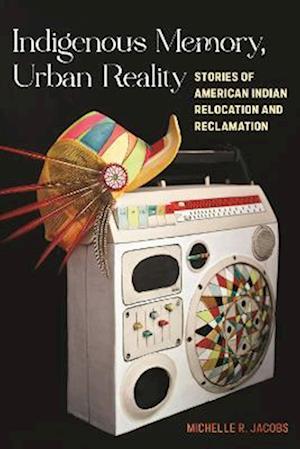 Contemporary accounts of urban Native identity in two pan-Indian communitiesIn the last half century, changing racial and cultural dynamics in the United States have caused an explosion in the number of people claiming to be American Indian, from just over half a million in 1960 to over three million in 2013. Additionally, seven out of ten American Indians live in or near cities, rather than in tribal communities, and that number is growing.In Indigenous Memory, Urban Reality, Michelle Jacobs examines the new reality of the American Indian urban experience. Drawing on ethnographic research conducted over two and a half years, Jacobs focuses on how some individuals are invested in reclaiming Indigenous identities whereas others are more invested in relocating their sense of self to the urban environment. These groups not only apply different meanings to indigeneity, but they also develop different strategies for asserting and maintaining Native identities in an urban space inundated with false memories and fake icons of 'Indian-ness.' Jacobs shows that 'Indianness' is a highly contested phenomenon among these two groups: some are accused of being 'wannabes' who merely 'play Indian,' while others are accused of being exclusionary and 'policing the boundaries of Indianness.' Taken together, the interconnected stories of relocators and reclaimers expose the struggles of Indigenous and Indigenous-identified participants in urban pan-Indian communities. Indigenous Memory, Urban Reality offers a complicated portrait of who can rightfully claim and enact American Indian identities and what that tells us about how race is 'made' today.