Indigenous Diplomacy and the Rights of Peoples 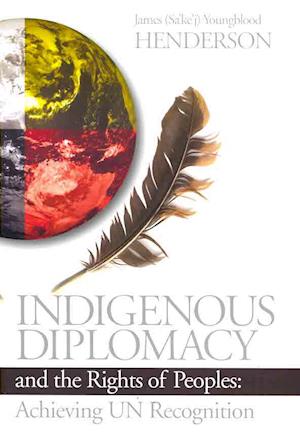 Despite centuries of sustained attacks against their collective existence, Indigenous peoples represent over 5,000 languages and cultures in more than 70 nations on six continents. Most have also retained social, cultural, economic, and political characteristics distinct from other segments of national populations, yet recognition of their humanity and rights has been a struggle to achieve. Based on personal experience, James (Sa'ke'j) Youngblood Henderson documents the generation-long struggle that led to the adoption of the Declaration of the Rights of Indigenous Peoples by the United Nations General Assembly. Henderson puts the Declaration and the struggles of Indigenous peoples in a wider context, outlining the rise of international law and how it was shaped by European ideas, the rise of the UN, and post-WWII agreements focusing on human rights.

Forfattere
Bibliotekernes beskrivelse With a focus on international law, Henderson analyzes what the UN Declaration of the Rights of Indigenous Peoples means for Indigenous peoples around the world and for Canada.