India's Villages in the 21st century 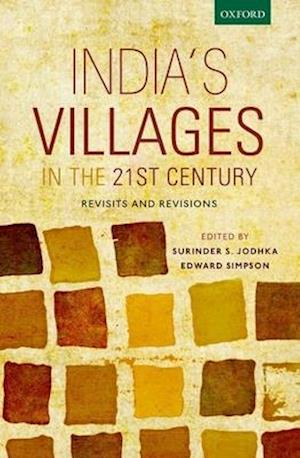 Rural sociology in India has undergone dynamic phases and shifts; from early ethnographic field research conducted by anthropologists such as M. N Srinivas (1950), to more focused analyses on agrarian conflict and agrarian change through the 1960s and 70s, village studies in India continued to evolve. However, post economic liberalisation in the 90s, the village ceased to be central to ongoing sociological concerns, and the 'urban' took over, with studies on the cityand demography becoming more prominent. The shifts in Indian economic policy during the early 1990s began to marginalize rural life and its agrarian economy in the national imagination. India's Villages studies this shift and argues that in 21st century India, the rural continues to play asignificant role in contemporary life, just as much as the rural itself changes in form and nature. Through essays published in the EPW, the volume puts together 14 papers based on empirical studies carried out by sociologists, social anthropologists and economists over the past 15 years to begin a holistic conversation on the rural today.

Forfattere
Bibliotekernes beskrivelse This edited volumne comprising of essays from the Economic and Political Weekly talks about rural India and investigates dynamic phases and shifts in rural society.