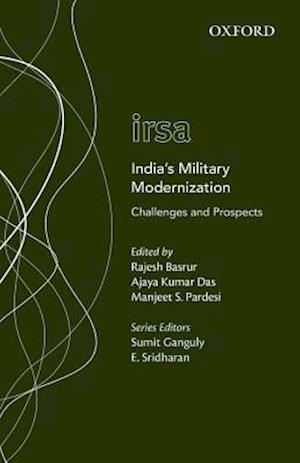 The end of the Cold War era marked a watershed in India's strategic history as it began to shift its strategic worldview from that of a relatively weak player with a defensive worldview to that of a more confident emerging power. The pros and cons of India's power potential have been debated at length in terms of its economic capacities, its expanding strategic horizons, and its internal strengths and weaknesses. But there has been relatively little detailed investigation of its military forces and the ways in which they have responded to the changing environment. This book aims to look closely at the modernization of the Indian armed forces and to ask: How have the Indian armed forces sought to mould themselves in response to the demands of an entirely new strategic setting? How do they view their roles in an increasingly complex world marked by a tightening web of interactions and its attendant frictions? Is the process of modernization under way in tune with the needs of the armed forces and the overall strategic approach of policy makers?

Forfattere
Bibliotekernes beskrivelse Post-Cold War India's rise to power involves a major thrust toward the modernization of its armed forces. This book attempts a deeper understanding of India's response to the strategic demands of the new era, and of the nature of the military modernization process, its links to strategy, and its effectiveness. 4 line drawings, 1 map