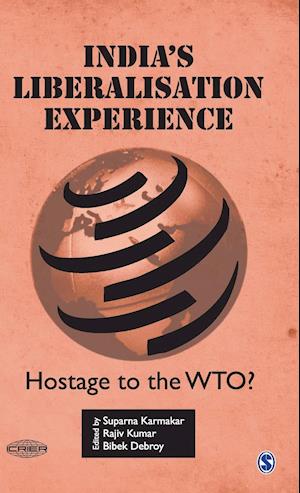 This book reviews India's liberalisation measures in the last decade, in cognisance of the impact of the country's World Trade Oraganisation (WTO) membership on the same. The collection of articles by subject experts recognises that the changes mandated by WTO membership are but one of the three-pronged liberlisation measures that the country has been subjected to-in the external, domestic (industrial policies) and financial sectors. The lucid analyses bear out that rather than being WTO-induced, external liberalisation of most sectors has been part of India's general economic reform programme, having been shaped by domestic compulsions.India's Liberalisation Experience: Hostage to the WTO? also analyses how the country has coped with and benefited from its obligations and rights as a WTO member. It attempts to evaluate the impact of the domestic reforms on the country's economy and the implications thereof on its performance as a WTO negotiator. It tries to dispel the myths regarding the impact of international trade negotiations on India's ongoing reform processes and its developmental and poverty/livelihood concerns. Thus, it will appeal not only to WTO experts, but also to trade policy analysts, academicians, research students, policy-makers, scholars and economists.