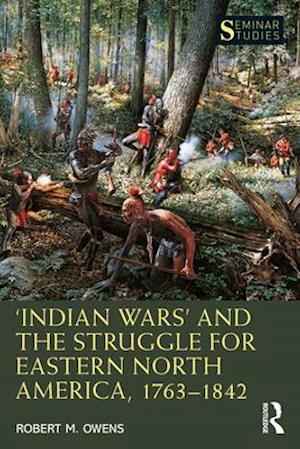 'Indian Wars' and the Struggle for Eastern North America, 1763-1842 examines the contest between Native Americans and Anglo-Americans for control of the lands east of the Mississippi River, through the lens of native attempts to form pan-Indian unions, and Anglo-Americans' attempts to thwart them.The story begins in the wake of the Seven Years' War and ends with the period of Indian Removal and the conclusion of the Second Seminole War in 1842. Anglo-Americans had feared multi-tribal coalitions since the 1670s and would continue to do so into the early nineteenth century, long after there was a credible threat, due to the fear of slave rebels joining the Indians. By focusing on the military and diplomatic history of the topic, the work allows for a broad understanding of American Indians and frontier history, serving as a gateway to the study of Native American history. This concise and accessible text will appeal to a broad intersection of students in ethnic studies, history, and anthropology.