Indian Muslim Minorities and the 1857 Rebellion 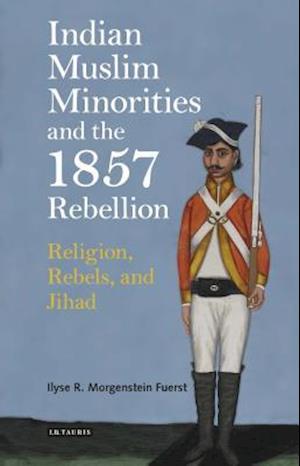 While jihad has been the subject of countless studies in the wake of recent terrorist attacks, scholarship on the topic has so far paid little attention to South Asian Islam and, more specifically, its place in South Asian history. Seeking to fill some gaps in the historiography, Ilyse R. Morgenstein Fuerst examines the effects of the 1857 Rebellion (long taught in Britain as the 'Indian Mutiny') on debates about the issue of jihad during the British Raj. Morgenstein Fuerst shows that the Rebellion had lasting, pronounced effects on the understanding by their Indian subjects (whether Muslim, Hindu or Sikh) of imperial rule by distant outsiders. For India's Muslims their interpretation of the Rebellion as jihad shaped subsequent discourses, definitions and codifications of Islam in the region. Morgenstein Fuerst concludes by demonstrating how these perceptions of jihad, contextualised within the framework of the 19th century Rebellion, continue to influence contemporary rhetoric about Islam and Muslims in the Indian subcontinent.Drawing on extensive primary source analysis, this unique take on Islamic identities in South Asia will be invaluable to scholars working on British colonial history, India and the Raj, as well as to those studying Islam in the region and beyond.

Forfattere
Bibliotekernes beskrivelse A fresh approach to the 1857 Rebellion to help better understand the complex and multi-faceted roots of jihad as a rhetorical concept.