India in the World Order 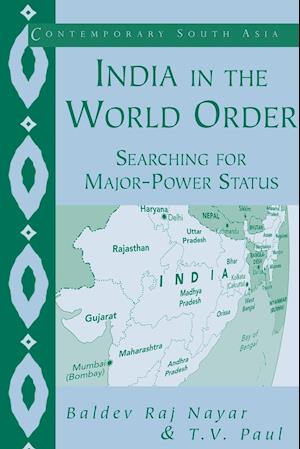 Two highly regarded scholars come together to examine India's relationship with the world's major powers and its own search for a significant role in the international system. Central to the argument is India's belief that the acquisition of an independent nuclear capability is key to obtaining such status. The book details the major constraints at the international, domestic and perceptual levels that India has faced in this endeavor. It concludes, through a detailed comparison of India's power capabilities, that India is indeed a rising power, but that significant systemic and domestic changes will be necessary before it can achieve its goal. The book examines the prospects and implications of India's integration into the major-power system in the twenty-first century. This book's incisive analysis will be illuminating for students, policy makers, and for anyone wishing to understand the region in greater depth.