India in the World Economy 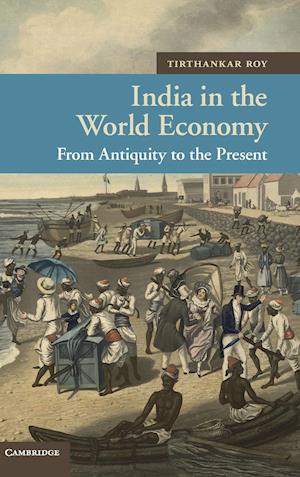 Cross-cultural exchange has characterized the economic life of India since antiquity. Its long coastline has afforded convenient access to Asia and Africa as well as trading partnerships formed in the exchange of commodities ranging from textiles to military technology and from opium to indigo. In a journey across two thousand years, this enthralling book, written by a leading South Asian historian, describes the ties of trade, migration, and investment between India and the rest of the world and shows how changing patterns of globalization have reverberated in economic policy, politics, and political ideology within India. Along the way, the book asks three major questions: Is this a particularly Indian story? When did the big turning points happen? And is it possible to distinguish the modern from the pre-modern pattern of exchange? These questions invite a new approach to the study of Indian history by placing the region at the center of the narrative. This is global history written on India's terms, and, as such, the book invites Indian, South Asian, and global historians to rethink both their history and their methodologies.

Forfattere
Bibliotekernes beskrivelse In a journey spanning 2,000 years, this book describes the ties of trade, migration and investment between India and the rest of the world, showing how changing patterns of globalisation reverberated on economic policy, politics and political ideology within India. A global history written on India's terms, this book marks a new approach to the study of Indian history. 7 Tables, unspecified; 6 Maps; 18 Halftones, unspecified; 5 Line drawings, unspecified