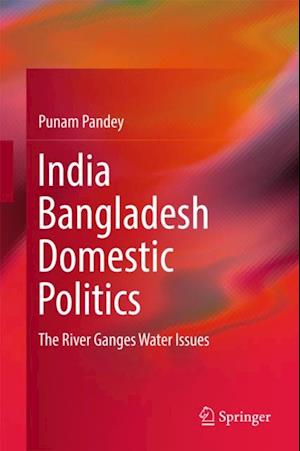 This book deals with how the governments of India and Bangladesh manage the Ganges River. On the basis of the Ganges issue, it explains India's involvement in the domestic politics of Bangladesh and how this involvement, in turn, shapes Ganges river politics. The book further analyses the constant friction between Indian preferences for bilateral negotiation in comparison to Bangladesh's demand for multilateral cooperation on the Ganges. This also highlights the role of civil society, tracing how organisations have engaged in and explored potential compromises acceptable to both countries. As the term of the treaty comes to an end in 2026, the present work underlines its limitations, as the impacts of climate change will involve far more than distress on water. In closing, it discusses a range of other challenges, including the erosion of the Indian central government's monopoly in foreign policy, especially in relation to its neighbours. Through extensive fieldwork in India and Bangladesh, together with interviews with politicians, diplomats and all those closely associated with the Ganges deliberations, the book reveals subtle aspects of the negotiations.  What emerges as a distinctive feature of Indo-Bangladesh interactions on the Ganges is the fact that successful outcomes depend on the extent to which the ruling political powers in both countries accommodate one other's domestic political dynamics.  This insight enriches   scholarship on the Ganges River, addressing an aspect largely overlooked in the literature. Offering an up-to-the-minute analysis, the book examines the implementation of the Ganges Treaty through 2015, making it of interest to researchers focusing on South Asia and international relations, scholars on and practitioners of Indian foreign policy, journalists, water experts, civil society groups, and university students.