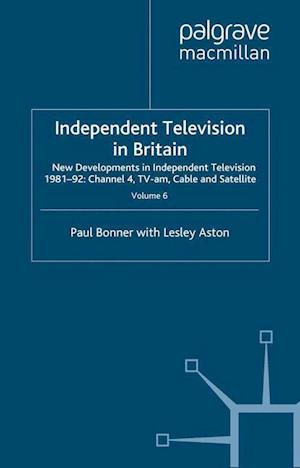 Success out of near disaster, finances taken to the edge of bankruptcy, resignations - this volume tells the dramatic stories of the major new commercial television developments in Britain between 1981-92. This is an authoritative account, from the people involved and from official documents, of the launches and first ten years of Channel 4 and TV-am, the expansion of cable television and early difficulties of satellite broadcasting.