Independent Agencies in the United States 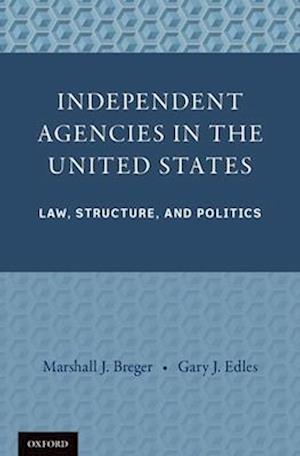 It is essential for anyone involved in law, politics, and government, as well as students of the governmental process, to comprehend the workings of the federal independent regulatory agencies of the United States. Occasionally referred to as the "headless fourth branch of government," these agencies do not fit neatly within any of the three constitutional branches. Their members are appointed for terms that typically exceed those of the President, and they cannot beremoved from office in the absence of some sort of malfeasance or misconduct. They wield enormous power over the private sector, and they have foreign analogues. In Independent Agencies in the United States, Marshall Breger and Gary Edles provide a full-length study of the structure and workings of federal independent regulatory agencies in the US. This book focuses on traditional multi-member agencies that have a significant impact on the American economy, such as the Securities and Exchange Commission, the Federal Communications Commission, the National Labor Relations Commission, and the Federal Trade Commission. This work recognizes thatthe changing kaleidoscope of modern life has led Congress to create idiosyncratic administrative structures consisting of independent agencies squarely within the Executive Branch, including government corporations and government-sponsored enterprises, to establish a new construct of independence to meet thechanging needs of the administrative state. In the process, Breger and Edles analyze the general conflict between political accountability and agency independence. This book also compares US with EU and certain UK independent agencies to offer a unique comparative perspective. Included is a first-of-its-kind appendix describing the powers and procedures of the more than 35 independent US federal agencies, with each supplemented by a selective bibliography of pertinent materials.