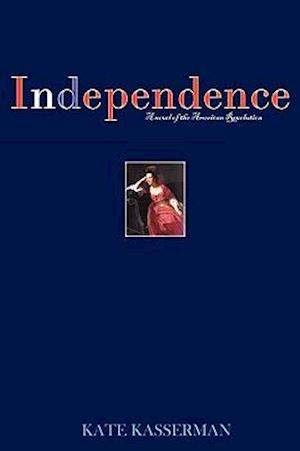 An orphaned girl in revolutionary America tries to hide her damning past and save the rebel officer she secretly loves. Violence destroyed Rachel's first home on the colonial South Carolina frontier, when the Cherokee razed her father's farm and killed her family. Revenge took her second home, when white settlers slaughtered the Cherokee who had adopted Rachel into their tribe. And war snatched her third home, when revolution drove away the household where seventeen-year-old Rachel worked as a maid and the family left her behind. Determined to make her way in the world on her own, Rachel seeks her opportunity in the chaos of the fighting. She falls in love with a rigid, idealistic rebel officer who shows her a passing kindness and finds a position with a rich benefactress who has ties to both sides of the revolution. But the rebel officer remains unaware of Rachel's attachment, and Rachel's situation hangs precariously on the whims of a demanding mistress. When her beloved Lieutenant Bellew is captured by the redcoats, Rachel tries to use intelligence from her employer's English connections to save him. But she stumbles across dark secrets about both sides of the conflict, secrets that endanger not only her security and position but her life - as well as the fate of a nation, and an empire.