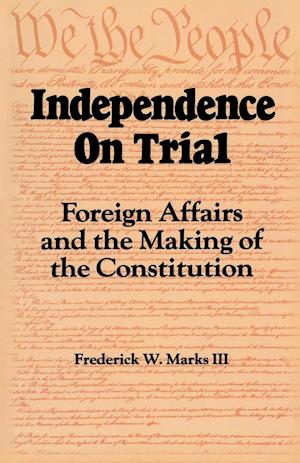 In Independence on Trial, Frederick W. Marks III focuses on the impact of foreign affairs and trade, arguing that they had an overwhelming influence in shaping constitutional reform for the founding fathers. He argues that problems relating to the conducting of foreign affairs far outweighed any other issues facing the Confederation and that the Federalist's desire for a more advantageous position in the world was their overriding concern which gave rise to the Constitution.