indgår i serie Studies and Reviews 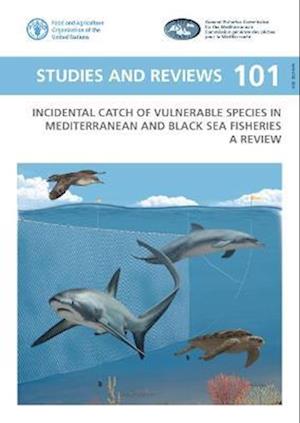 Bycatch - a term widely used to refer to part of the catch unintentionally caught during a fishing operation, in addition to target species, and consisting of the discards and incidental catch of vulnerable species - is considered one of the most important threats to the profitability and sustainability of fisheries, as well as to the conservation of the marine environment and ecosystems. Understanding the bycatch issue and adopting effective measures in order to reduce bycatch rates are essential steps towards minimizing the impacts on vulnerable species and ensuring both a sustainable fisheries sector and healthy seas.In the Mediterranean and the Black Sea, the incidental catch of vulnerable species - namely seabirds, sea turtles, elasmobranchs, marine mammals and macrobenthic invertebrates - represents one of several challenges for the industrial, semi-industrial and small-scale fisheries that coexist in the region, as well as for the diverse and sensitive ecosystems impacted. Typically, data on this issue have been collected in an opportunistic manner and in ways that make comparisons difficult. The annual absolute values of incidentalcatch of vulnerable species are not available: studies cover only a small portion of the total fishing activity and often present important knowledge gaps for many types of fishing gear, countries and/or subregions, as well as on temporal scales, for example, to establish reliable baselines. The result is that little is known of the scope of the problem, despite incidental catch being a significant pressure on the populations of vulnerable species, as well as a concern for fishers. This regional review is an attempt to compile, in one single document, all available data and historical records on the incidental catch of vulnerable species in the Mediterranean and Black Sea fisheries, obtained from existing literature, databases and other grey sources, and collated in a standardized and comparable way. The main objective is to provide comprehensive baseline information, earmark the main data gaps, as well as identify the most impacting types of fishing gear by taxonomic group. This work is a reminder of the importance of standardized data collection and the need to have baseline information in order to support decision-making in the identification of appropriate bycatch mitigation techniques, thus enabling analysis of their effectiveness and comparison over time and space, as well as facilitating the implementation of relevant conservation and/or management measures at the national, subregional and regional level