indgår i serie TOPICS IN REGULATORY ECONOMICS AND POLICY 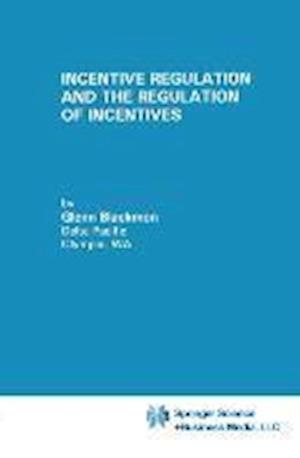 The class is theory of price regulation assumed that the regulator knows the fIrm's costs, the key piece of information that enables regulators to pressure fmns to choose appropriate behaviors. The "regulatory problem" was reduced to a mere pricing problem: the regulator's goal was to align price with marginal cost, subject to the constraint that revenues must cover costs. Elegant and important insights ensued. The most important was that regulation was inevitably a struggle to achieve second-best outcomes. (Ramsey pricing was a splendid example. ) Reality proved harsh to regulatory theory. The fmn's costs are by no means known to the regulator. At best, the regulator may know how much is currently spent to provide services, but hardly what costs would be if the fmn vigorously pursued effIciency. Even if the current cost curve were known to the regulator, technologies change so swiftly that today's costs are a very poor indicator of tomorrow's, and those are the costs that will determine the fIrm's future decisions. With the burgeoning attention to information considerations and game theory in economics, the regulator's problem of eliciting host information about cost has received considerable attention. In most cases, however, it has been in context that are both static and stylized; such analyses rarely capture many of the essential elements of real world regulatory issues. This volume represents a fresh approach. It reflects Glenn Blackmon's twin strengths, a keen analytic mind and important experience in the regulatory arena.