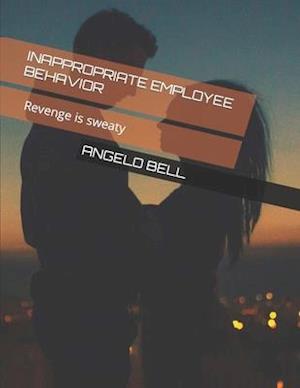 I have a new concept and scriptbook that I wasn't sure if I would post. But I started reading and laughing and I knew I had to post it. This one was in the top three on an online website for indie film concepts. It was formerly called AT WILL, but is now called INAPPROPRIATE EMPLOYEE BEHAVIOR .

It's a slice-of-life dramedy about an office worker's struggle at a job that's sucking his life away. His situation is exacerbated by his tendency to make the wrong decisions and get even deeper into dire straits. The concept is like THE GOOD GIRL meets OFFICE SPACE. It's a true indie drama with a touch of real-life, albeit deadpan, humour

#1 Logline: An employee struggles to survive the enmity caused by standing up to his boss and

finds the ultimate revenge in a torrid affair he has with the man's wife while caught in the middle of a secret hostile takeover of the company.

LATE NIGHTS AT THE BOSS'S HOUSE NEVER FELT SO GOOD

#2 logline: A young IT professional's reluctance to fix his boss' home computer is further

complicated by his torrid affair with the man's temptress wife and becoming a spy for the new owners during a hostile takeover. Inspired by true events!