In the Valley of the Sun 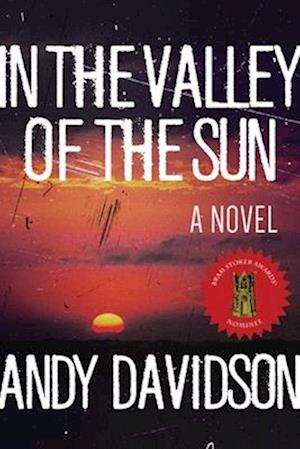 A finalist for the 2017 Bram Stoker Award for Superior Achievement in a First Novel. Deftly written and utterly addictive, this Western literary horror debut will find a home with fans of authors like Joe Hill, Cormac McCarthy, and Anne Rice. One night in 1980, a man becomes a monster. Haunted by his past, Travis Stillwell spends his nights searching out women in West Texas honky-tonks. What he does with them doesn't make him proud, just quiets the demons for a little while. But after Travis crosses paths one night with a mysterious pale-skinned girl, he wakes weak and bloodied in his cabover camper the next morning--with no sign of a girl, no memory of the night before. Annabelle Gaskin spies the camper parked behind her motel and offers the cowboy a few odd jobs to pay his board. Travis takes her up on the offer, if only to buy time, to lay low and heal. By day, he mends the old motel, insinuating himself into the lives of Annabelle and her ten-year-old son. By night, in the cave of his camper, he fights an unspeakable hunger. Before long, Annabelle and her boy come to realize that this strange cowboy is not what he seems. Half a state away, a grizzled Texas Ranger is hunting Travis for his past misdeeds, but what he finds will lead him to a revelation far more monstrous. A man of the law, he'll have to decide how far into the darkness he'll go for the sake of justice. When these lives converge on a dusty autumn night, an old evil will find new life--and new blood.