In the Shadow of Corinium 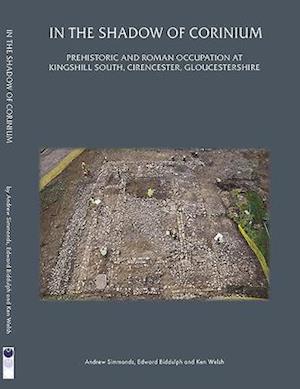 Excavations by Oxford Archaeology at Kingshill South on the eastern edge of Cirencester in Gloucestershire uncovered evidence for prehistoric and Roman activity. The earliest evidence comprised a pit dating to the late Neolithic period or early Bronze Age, and the site was also inhabited during the late Bronze Age or early Iron Age. There was a gap in activity until the late 1st century AD, when fields were laid out on the site's southern slope. Three buildings were recorded within the area of the excavation. Building 1 was a domestic, stone-footed building best described as a proto-villa. Building 2 was an aisled building with an apsidal end and is likely to have served an agricultural function. Both were constructed in the 2nd century AD. Building 3, dated to the late Roman period, is interpreted as a granary. The settlement was abandoned by the late 4th century AD. The site remained agricultural land until the establishment of Cirencester's eastern suburb in the 20th century. Grain, meat, and wool, among other goods, were produced at the Roman settlement, probably to supply the town of Corinium Dobunnorum. Evidence for craft activity, including pin-making, horn-working and smithing, was also recorded. Formal burials and disarticulated human bone were encountered across the settlement. Analysis of the bones revealed remarkable insights into the lives of the settlement's inhabitants. The habitual, possibly craft-related, activity performed by one young female adult required her to spend much of her time in a squatting position. One adult male had a facial disfigurement which had an impact not just on his daily life, but also the manner of his burial.