In the Shadow of Adam Smith 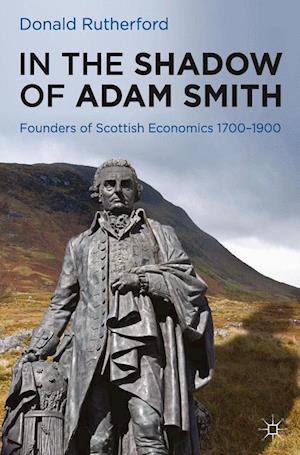 Adam Smith, who has towered over economics for more than two hundred years, was not alone in Scotland in creating systems of analysis which would explain how economies function and prosper. Writers of various backgrounds - there being no such profession as 'economist' - who were inspired by issues of the day as well as by the writings of Smith and other Scots, made significant contributions to the development of economic theory and policy that are often overlooked today.In the Shadow of Adam Smith, a landmark work in the history of economic thought, surveys and integrates the ideas of eighty Scottish writers from the 18th and 19th centuries to reveal a startlingly rich tapestry of argument and debate on a wide varietyof economic subjects, both philosophical and practical, that remain highly pertinent today. Government debt, economic growth, banking, credit, taxation - all were tackled by this remarkable, diverse collection of writers. Through reading their contributions toeconomics we both understand modern economic issues and thought more deeply, and gain a richer understanding of Adam Smith's thought and inheritance.Written in a crisp and readable style with a minimum of technical detail, this is an ideal book for students of the history of economics, as well as academics and general readers.