In the Name of My Father

- Murder and Mayhem in the North 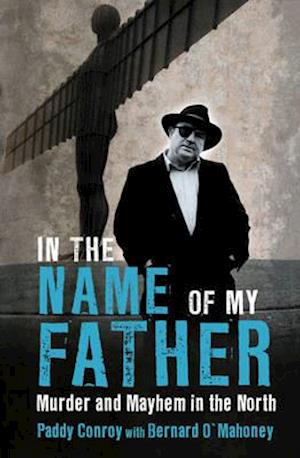 The story that unfolded at Geordie gangster Paddy Conroy's torture trial in 1995 was one of the most bloody and controversial in British criminal history. Once dubbed the UK's most wanted man, Conroy had become embroiled in a war with rival Tyneside gangsters who were determined to flood the community that he lived in with Class A drugs. In battles fought on the streets of Newcastle's West End, a total of twenty-two combatants were shot, one man was stabbed with a samurai sword and several homes were petrol-bombed. Meanwhile, the headstone of Conroy's father's grave was vandalised and an attempt to dig up the dead man's body was made. Distraught but unbowed after such a barbaric attack, Conroy swore in the name of his father that he would wreak a terrible revenge upon those responsible. For the first time in this no-holds-barred memoir, Paddy Conroy reveals all about his war with those that threatened his community and attacked his family.He explains in detail why the allegations that he murdered Geordie boxer and criminal Viv Graham and small-time crook Freddie Knight are false, and uncovers the origins of his festering feud with one of Newcastle's most notorious families, the Sayers, which has resulted in two attempts being made on his life. "In the Name of My Father" is Paddy Conroy's blistering account of a turbulent and often violent life in which he leaves no stone unturned.