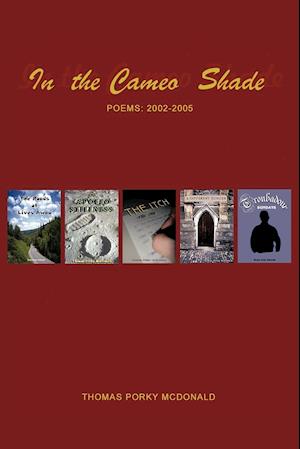 A close personal loss and the first trip ever to the land of his ancestors makes this fifth collection of poetry by Thomas Porky McDonald, In the Cameo Shade:2002-2005, a most effecting volume. As usual, the rambling (sometime) baseball poet deftly weaves his way between the real world and the one he continues to explore, between the white lines. In The Roads of Lives Away, McDonald come to grips with the loss of a childhood friend, Frank Brady, in moving pieces, such as "Until Until" and "Eternal August." "Bitter Lines Within," "A Solitary Thing" and the title piece also flavor Roads, while remembrances of other former Irish heroes, Tug McGraw ("A Believer's Heart") and his father ("The Sailor I'm Still Looking For"), take McDonald from poet on back to child. An Apollo Stillness features more longing pieces, with such disparate topics as the author of the text on the Statue of Liberty ("When Emma Wrote For Free"), former modes of transportation ("Old Train Stations"), The Civil War ("The House of Willmer," "A Different Education") and the state of the world today ("The Problem With Everywhere," "You Take Armageddon") all chiming in. Continuing along this route, The Itch consists of a number of nostalgic verses, concerning people ("The Greatest Days in Heaven," "The Space Traveler"), places ("The Pubs on Grand Avenue," "A Big Small Town Known as Childhood") and things ("An El Train to Immortality"). The final two books in this collection, A Different Hunger and Troubadour Sundays further dig into the soul of the man looking through the boy. Hunger is dominated by a slew of poems written while on McDonald's first ever visit to Ireland. The most endearing of these are (arguably) "Streets of Dublin," "A Call to Benediction," "Pedestrian Galway," "A Connemara Monday" and "Winds off the Ocean" (which commemorates the spreading of his friend Brady's ashes on the Cliffs of Moher, County Clare). Sundays, with evocative pieces "Do You See the Homeless at Home" "How Far Away is Thomson" and "Sons of the Pacific," closes out a most remarkable collection of poetry, which finds this poet growing more consistently introspective then in previous volumes.