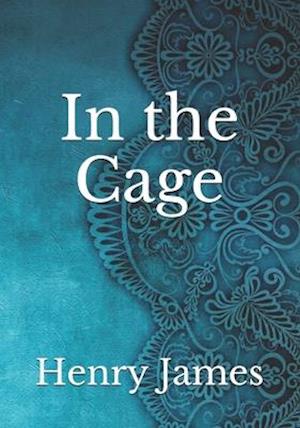 It was always rather quiet at Cocker's while the contingent from Ladle's and Thrupp's and all the other great places were at luncheon, or, as the young men used vulgarly to say, while the animals were feeding. She had forty minutes in advance of this to go home for her own dinner; and when she came back and one of the young men took his turn there was often half an hour during which she could pull out a bit of work or a book-a book from the place where she borrowed novels, very greasy, in fine print and all about fine folks, at a ha'penny a day. This sacred pause was one of the numerous ways in which the establishment kept its finger on the pulse of fashion and fell into the rhythm of the larger life. It had something to do, one day, with the particular flare of importance of an arriving customer, a lady whose meals were apparently irregular, yet whom she was destined, she afterwards found, not to forget. The girl was blasée; nothing could belong more, as she perfectly knew, to the intense publicity of her profession; but she had a whimsical mind and wonderful nerves; she was subject, in short, to sudden flickers of antipathy and sympathy, red gleams in the grey, fitful needs to notice and to "care," odd caprices of curiosity. She had a friend who had invented a new career for women-that of being in and out of people's houses to look after the flowers.