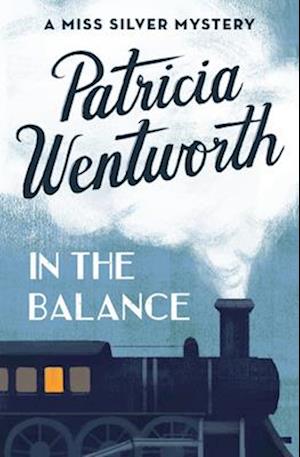 His first wife died suddenly—and his wealthy new bride may be about to meet a similar fate . . .

Former schoolteacher Miss Maud Silver is making her way back to London when, with a violent shudder of the train, a young woman is thrust into her compartment. She is beautiful, well dressed, newly married, and wealthy—which may be about to get her killed.

In a state of shock, Lisle Jerningham explains that she fled her home in a hurry when she overheard a sinister conversation through the bushes. Her new husband’s first wife died in an apparent accident, and the resultant infusion of cash saved his family home. Now, he is broke again—and trying to engineer a second convenient mishap. Miss Silver is unsure whether the drama is real or a figment of Lisle’s imagination—but if this frightened young lady is a target for murder, the killer will have to deal with the governess-turned-sleuth first.

Starring a mature sleuth who “has her place in detective fiction as surely as Lord Peter Wimsey or Hercule Poirot”, In the Balance is a classic British mystery (Manchester Evening News).

“Miss Wentworth is a first-rate storyteller.” —The Daily Telegraph

“Miss Silver has her place in detective fiction as surely as Lord Peter Wimsey or Hercule Poirot.” —Manchester Evening News

“You can't go wrong with Miss Maud Silver.” —The Observer

Patricia Wentworth (1878–1961) was one of the masters of classic English mystery writing. Born in India as Dora Amy Elles, she began writing after the death of her first husband, publishing her first novel in 1910. In the 1920s, she introduced the character who would make her famous: Miss Maud Silver, the former governess whose stout figure, fondness for Tennyson, and passion for knitting served to disguise a keen intellect. Along with Agatha Christie’s Miss Marple, Miss Silver is the definitive embodiment of the English style of cozy mysteries.