In Spotlight and Shadow

indgår i serie Doors to the Past 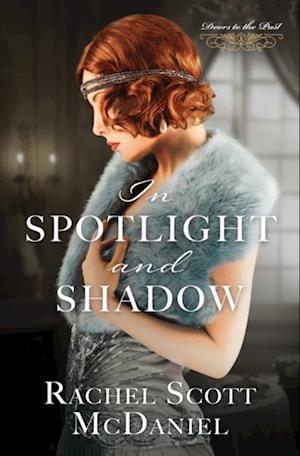 A Gem of a Mystery Takes Center StageWalk through Doors to the Past via a new series of historical stories of romance and adventure. Elise Malvern has a habit of letting people down. Her former boyfriend who hoped she'd be his bride. Her grandfather who hoped she'd take over the family's auction company. But mostly she's disappointed herself. What's the point of pursuing her passion as a violinist, if she is too scared to audition for a seat in the Pittsburgh Symphony? Her internship at the elegant Heinz Hall places her in the wings of the stage, but never on it. By accident, she discovers an old stage prop. Her instincts tell her there's more to the paste necklace than meets the eye. Whether a good idea or not, she accepts help from a childhood friend, who happens to be country music megastarPierson Brooks. Pierson and Elise share a history; one she doesn't care to repeat. The more involved they become in the mystery, the more things get tangled, including her heart. A century earlier Sophie Walters longs for center stage, her name on the marquee, and all that jazz, but climbing her way into an acting career is more difficult than she imagined. Having spoiled all her chances in Hollywood, she returns to Pittsburgh, accepting an insignificant role in a popular production. She watches her dreams pass by from behind the curtain at the illustrious Loew's Penn Theatre. She finally gets the coveted spotlight, but not for her talent. No, her surge to fame is all one terrible mistake. Somehow, she's suspected to be a notorious jewel thief known around Pittsburgh as The Mirage. The man she pleads for help is none other than the man she jilted at the altar five years before, Sterling Monroe.Don't miss other great books in the Doors to the Past series:The Lady in Residence by Allison PittmanHope Between the Pages by Pepper BashamBridge of Gold by Kimberley WoodhouseUndercurrent of Secrets by Rachel Scott McDanielBehind Loves Wall by Carrie Fancett PagelsHigh-Wire Heartbreak by Anna SchmidtLoves Fortress by Jennifer UhlarikA Promise Engraved by Liz TolsmaLauras Shadow by Allison PittmanPassages of Hope by Terri HaynesIn Spotlight and Shadow by Rachel Scott McDanielThe Keys to Gramercy Park by Candice Sue Patterson