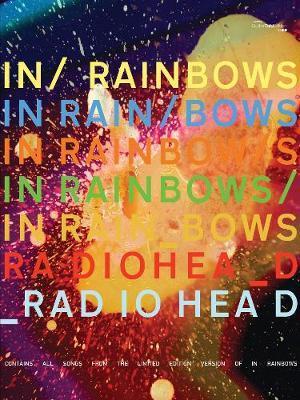 Following the landmark digital release of Radiohead's In Rainbows, the experimental rock stalwarts finally issued the album in its physical CD format. It headed straight to the top of the album charts and a limited discbox edition with extra tracks followed at the beginning of 2008. This official songbook contains all the songs from that limited edition discbox version, arranged in guitar tablature format. Musically, In Rainbows is a culmination of the band's previous work, taking in both the avant-garde electronics of their later records with their more traditional guitar-heavy sound. Many are claiming it to be the obvious heir to OK Computer, often cited as the 'best rock album of all time'.

Forfattere
Bibliotekernes beskrivelse A Guitar TAB songbook that contains the songs from the discbox version of "In Rainbows".