In Pursuit of Religious Freedom 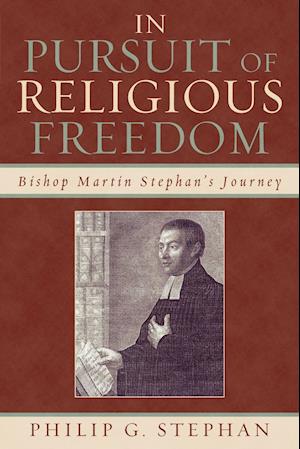 In Pursuit of Religious Freedom is the story of Martin Stephan, a religious leader whose life was filled with both personal and spiritual crises. Born into a family whose fifteenth_and sixteenth_century ancestors twice fled their homes due to religious persecution, Stephan was orphaned as a teenager and he too was forced to flee his homeland when the family was discovered to be underground Lutherans. He eventually settled in Germany, where he was educated and ordained, and developed a successful ministry in Dresden. Although his reputation for preaching and compassionate counseling increased, Stephan began to be targeted by various groups: other pastors, parishioners, and the state-run church. He was charged with improper teaching, embezzlement, inappropriate socializing, and even sexual misconduct. Eventually, Stephan led the 1838 Saxon Emigration to Missouri. After a difficult journey, the seven hundred Lutherans he took with him found establishing their new home even harder. Disputes over money, authority, and style peaked within six months, until Stephan was exiled at gunpoint. He settled in Illinois, where he built up a new ministry and served until his death in 1846. His burial plaque calls him 'the first Lutheran in America.'