indgår i serie Heroes of Quantico 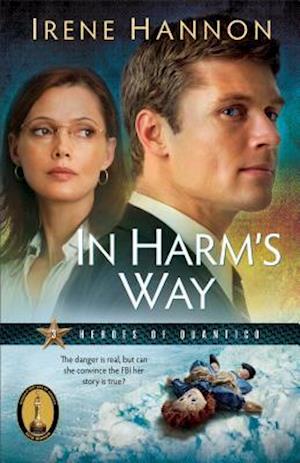 FBI special agent Nick Bradley has seen his share of kooks during his fifteen years with the Bureau. But Rachel Sutton is an enigma. She seems normal when she shows up at the FBI office in St. Louis--until she produces a tattered Raggedy Ann doll she found and tells him she thinks something is wrong because of a strange feeling of terror it gives her when she touches it. Nick dismisses her, only to stumble across a link between the doll and an abducted child, setting in motion a chain of events that uncovers startling connections--and puts Rachel's life on the line. Filled with palpable suspense and a touch of romance, In Harm's Way is the final installment of the thrilling HEROES OF QUANTICO series.Praise for Irene Hannon:"Extraordinary writing, vivid scenes, and a surprise ending come together for a not-to-be-missed reading experience."--Romantic Times"I found someone who writes romantic suspense better than I do."--Dee Henderson