In at the Death 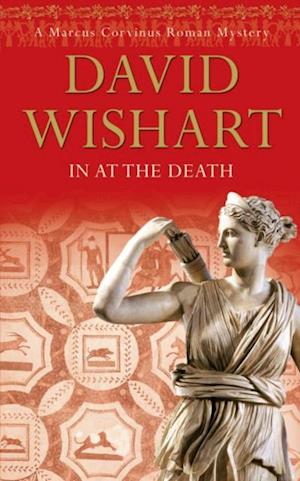 The surprise suicide of a young man with apparently everything to live for, prompts his family to ask Marcus Corvinus to investigate. All they really want is an explanation. But Marcus s sleuthing uncovers many contradictory elements in the tale, and he is forced to conclude that this wasn t suicide at all, but murder. As usual, he needs Perilla s agile brain to untangle the complexities of the case and the pair come to realise that the suicide scenario has a political, as well as a personal, dimension. As if that s not enough, Corvinus finds his investigations hampered by his new role as reluctant dog-sitter to the seriously misnamed Placida, a Gallic boarhound with a gargantuan appetite and minimal personal hygiene.