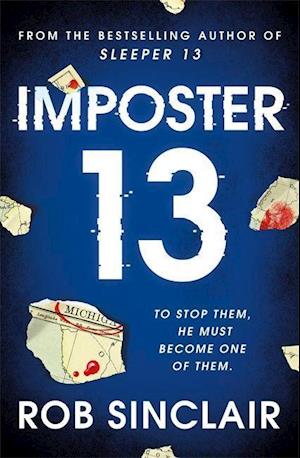 Against all odds, Aydin Torkal - aka Sleeper 13 - broke free from the terrorist group that took him as a child and raised him into a life of violence and hate.

In the two years since, he's been tracking and killing all those responsible. But he's not done yet.

Now living a secret life in London, he receives a surprise visit from Rachel Cox of MI6. She needs his help to infiltrate a sinister new terrorist cell who've taken root in the USA.

Aydin is initially reluctant. But when he learns that a member of the group is the brother of Aziz Al-Addad, 'the Teacher' responsible for Aydin's horrific upbringing, his mind is changed.

Aydin thought he'd broken free from life as an insurgent. But in order to scupper their deadly plans, he must now convince the world's most dangerous terrorist cell that he's one of them.

He must do it before the world suffers another deadly attack.

He will have to do it on his own.