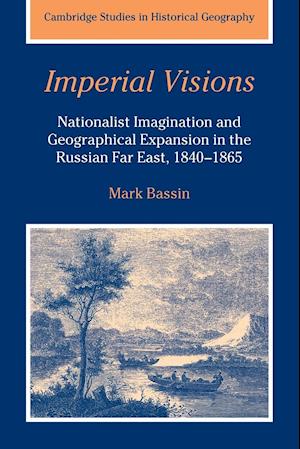 In the middle of the nineteenth century, the Russian empire made a dramatic advance on the Pacific by annexing the vast regions of the Amur and Ussuri rivers. Although this remote realm was a virtual terra incognita for the Russian educated public, the acquisition of an 'Asian Mississippi' attracted great attention nonetheless, even stirring the dreams of Russia's most outstanding visionaries. Within a decade of its acquisition, however, the dreams were gone and the Amur region largely abandoned and forgotten. In an innovative examination of Russia's perceptions of the new territories in the Far East, Mark Bassin sets the Amur enigma squarely in the context of the Zeitgeist in Russia at the time. Imperial Visions demonstrates the fundamental importance of geographical imagination in the mentalite of imperial Russia. This 1999 work offers a truly novel perspective on the complex and ambivalent ideological relationship between Russian nationalism, geographical identity and imperial expansion.