- An Edwardian War and Peace 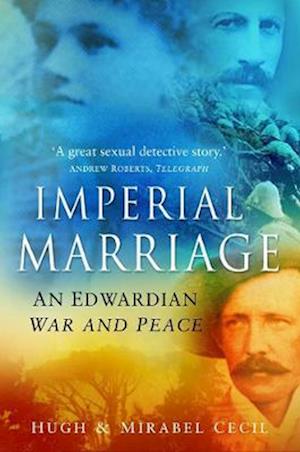 Certain lives epitomise an age: its glamour, its successes and its broken dreams. Such were the lives of Lord Edward Cecil, his wife Violet and Alfred Milner with whom she fell in love. Edward Cecil, a younger son of the great Lord Salisbury, married Violet Maxse in 1894, at Britain's imperial zenith. During the Boer War, as Chief Staff Officer to Baden-Powell, he was besieged at Mafeking. While in Cape Town Violet, young, attractive and enterprising, fell in love with Alfred Milner, the High Commissioner responsible for British policy and began a love affair with him which was to last all their lives. When Edward died in 1918, Violet and Alfred were married for four brief, happy years. Imperial Marriage is a portrait of a family, a marriage and an age now gone for ever. With its brilliant evocations of late Victorian and Edwardian aristocracy it brings to life one of the most significant periods of British history and takes the reader into the personal lives of those who sincerely believed that they had a manifest destiny to carry British rule every corner of the world.