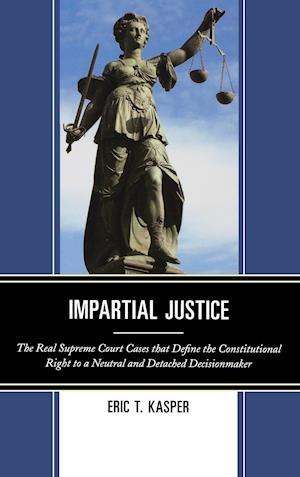 This book examines the right to a neutral and detached decisionmaker as interpreted by the U.S. Supreme Court. This right resides in the Constitution's Fifth Amendment and Fourteenth Amendment guarantees to procedural due process and in the Sixth Amendment's promise of an impartial jury. Supreme Court cases on these topics are the vehicles to understand how these constitutional rights have come alive. First, the book surveys the right to an impartial jury in criminal cases by telling the stories of defendants whose convictions were overturned after they were the victims of prejudicial pretrial publicity, mob justice, and discriminatory jury selection. Next, the book articulates how our modern notion of judicial impartiality was forged by the Court striking down cases where judges were bribed, where they had other direct financial stakes in the outcome of the case, and where a judge decided the case of a major campaign supporter. Finally, the book traces the development of the right to a neutral decisionmaker in quasi-judicial, non-court settings, including cases involving parole revocation, medical license review, mental health commitments, prison discipline, and enemy combatants. Each chapter begins with the typically shocking facts of these cases being retold, and each chapter ends with a critical examination of the Supreme Court's ultimate decisions in these cases.