Impact of Organized Crime on Murder of Law Enforcement Personnel at the U.S.-Mexican Border

indgår i serie Springerbriefs in Sociology 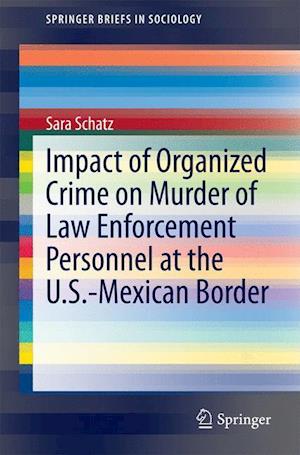 This brief fills a gap in the studies of organized crime in Mexico (Kan 2012, Rios 2011, Dell 2011) by documenting and mapping the post-2008 assassination of Mexican border police chiefs. It traces out a "systematic" of law-enforcement assassination in Northern Tier Mexico, showing how the selective, often sequential, hits by cartels on chiefs in border towns and along key drug-trafficking corridors has proven an effective strategy by organized crime elements to serve several goals: (1) to retaliate for federal, state and local prosecution, (2) to try and neutralize police chiefs, (3) to achieve intermittent local governance and/or to seed corrupt police chiefs at the municipal level, and, (4) to reduce local governmental capacity to obtain greater freedom for movement of goods. It is argued that the tactical advantage of organized crime elements gives them relatively easy physical access to law enforcement targets and thus is thus one prime element facilitating the use of assassination as a strategy. U.S. and Mexican legal, political and judicial institutions have not been able to adequately restrict opportunity for law-enforcement assassinations. The inability to reduce access to weapons and officials, to increase security for police personnel, to reduce corruption and punish offenders sets the stage for the assassination of local law enforcement. Yet, it is the goals of organized crime elements (to clear drug-smuggling routes and to try and gain more pliant governance at the municipal level) that ultimately motivate such killings.