Impact of Cesium on Plants and the Environment 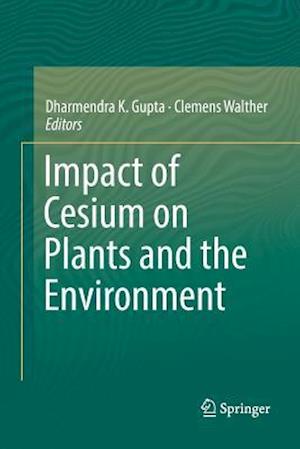 This book provides extensive and comprehensive knowledge to the researchers/academics who are working in the field of cesium contaminated sites, and the impact on plants. This book is also helpful for graduate and undergraduate students who are specializing in radioecology or safe disposal of radioactive waste, remediation of legacies and the impact on the environment. Radiocesium (137Cs and 134Cs) was released into the environment as a result of nuclear weapons testing in 1950s and 1960s (~1x1018 Bq), and later due to the Chernobyl accident in 1986 (8.5x1016 Bq) and Fukushima Daiichi Nuclear Power Plant in 2011 (~1x1017 Bq). 137Cs is still of relevance due to its half-life of 30 years. The study of radioisotope 137Cs is important, as production and emission rates are high compared to other radioisotopes, due to high fission yield and high volatility.This book contains original work and reviews on how cesium is released into the environment on translocation from soil to plants and further on to animals and into the human food chain. Separate chapters focus on the effective half-life of cesium in plants and on how different cultivars are responding in accumulation of cesium. Other key chapters focus on cesium impact on single cells to higher plants and also on remediation measures as well as on basic mechanism used for remedial options and analysis of transfer factors. The book rounds off by contributions on cesium uptake and translocation and its toxicity in plants after the Chernobyl and Fukushima accidents.