- Immunisation and its Discontents 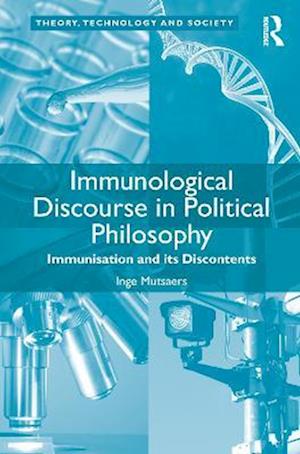 Given the propensity of contemporary protection measures such as counterterrorism efforts and fierce protection strategies against viral threats, as well as physical and legal barriers against migration, a number of political philosophers, including Peter Sloterdijk and Roberto Esposito, have claimed that contemporary (political) culture can be characterised by a so-called 'immunisation paradigm'. This book critically examines the intricate entanglement between biological immunological notions and their political philosophical appropriation, whilst studying the 'immunisation response' to recent viral threats, including the Swine Flu pandemic of 2009 and the lab-bred Avian flu threat of 2012, to analyse immunisation as a biopolitical strategy. Offering insights into to the polarising tendencies in contemporary political culture resulting from the appropriation of immunological concepts in political thought, the author also shows how political philosophers tend to build on purely defensive understandings of immunity. As such, Immunological Discourse in Political Philosophy constitutes a theoretically sophisticated critique of the 'semantic trap' caused by the use of immunological concepts in political philosophy. Arguing for a more versatile and less defensive immunological repertoire, which allows for the development of alternative and less polarised forms of political debate, this book will appeal to scholars of political theory, sociology, philosophy and science and technology studies.